If I Only Had a Self 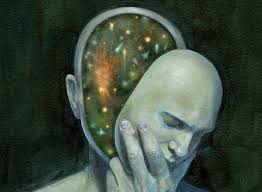 On Monday evening (September 11, 2017), the Buddhist Sangha of Bucks County was fortunate to have visiting Zen teacher Andre Teasan Halaw practice with us. It was a very engaging and lively discussion.

This is a blog. These opinions or reflections are my own and do not represent those of the Sangha or perhaps anyone else, but I thought it might be worth to share as they resonated with me on a personal level in terms of putting my ongoing practice into perspective. As such, maybe it might do the same, to even a small extent, for you.

On the seemingly “never-ending” journey to become a better person.

It’s interesting. I typically do not mention my practice to anyone that themselves does not have some sort of practice of his/her own. This is not out of embarrassment or even out of fear of sounding “preachy” as I would go out of my way to not express myself that way. It is more out of the concern that those who are not actively practicing themselves might mistake this as some sort of view that I consider myself of a more self actualized stature, which of course, is nonsense.

However, as one learns about the Dharma, it sometimes is difficult, (at least for me), to separate the lesson from a feeling as if I am “less than” or an imposter. Of course it is true that this journey should be one in which meditation and mindfulness helps us be more open and aware but at the risk of beating ourselves up every time we get hooked by an angry thought (let alone a reaction as opposed to a response) this could be a hard goal to live up to. Here is where perspective is healthy.

During our discussion, we spoke a bit about this. Meditation, like other activities I might partake in, are, for me, about trying to be a more authentic (and hopefully) better version of myself but not a completely better or different person.

There are plenty parts of me I wish just were not so. We are, as we learned, a compilation at this very moment of many causes and conditions. To strive for better personhood sounds like a transformation that is unrealistic as opposed to a better version of who we are. Here’s a metaphor I thought of that helps me: I would like to look like George Clooney on his way to the Oscars but that’s not going to happen. I can buy a suit, however, and tailor it to fit me in a way that looks the best on me. I am creating a better (looking) version based on the person I actually am, not one that I wish I was. (But don’t worry, I won’t be buying a suit any time soon.)

Andre Teasan Halaw spoke about this idea of all things being connected, which many of us have heard, read or spoke about before. His example was around hearing crickets and trying to identify the “I” that is doing the hearing. When we are in “flow” such as at a great concert, during a game, playing music or sports, for example, we essentially lose the separation between connecting at that moment and the one who is actually experiencing it.

I really appreciated this as I have, at times, experienced this myself during a great comedy set or music performance. However, for me, the same flow or connection that allows these positive experiences causes undue suffering during more difficult times. In fact, the ability to not separate during a difficult exchange is a challenge. This is when Andre Teasan Halaw explained that our experience is like driving a stick shift car where we shift into the appropriate gear for which the situation calls. So, during a more difficult exchange, it is perfectly ok to establish the distinction between the self and the experience in order to become more of the observer of the feelings occurring, which again, is aligned with meditation.

The Apprentice where only you can say “you’re fired!”

George Price, who is part of our Sangha, had a great comment during our discussion which really resonated with me. He suggested that our meditation practice is much like playing a musical instrument. For a musician to get to the place where he/she is playing the instrument in a way that is seamless – not even thinking about where the fingers get placed on the guitar, for example – takes years of practice. The mechanics of learning to play and then moving toward playing in a way in which it is as much about musicality as it is about technique (if not more) takes commitment, time, patience and practice.

Our meditation practice is no different and for me, this was a notable change in thinking. I am in the apprentice stages of my practice. I am learning to come back to the breath, note thoughts, be mindful even when not in meditation and work toward non-grasping, non-attachment and non-self. I may be in this stage for the rest of my life. However, as I practice, there will likely be more moments where my set point for gratefulness, response versus reaction and general living in the moment is positively moved. This is really all I can hope for without shouting “you’re fired” to myself before my time is up.