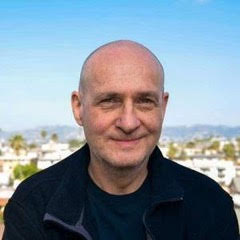 We were delighted to have George Haas to the Yardley Friends Meetinghouse on Monday, October 30th.

The Audios from that evening are available below:

Mettagroup founder George Haas began his creative explorations in the fine arts, as a visual artist and poet associated with the late Seventies downtown New York City art scene that coalesced around the iconic Club 57 — a community that included Keith Haring, Jean-Michel Basquiat, and Madonna, among others. (George’s work will be included in a Club 57 retrospective at the Museum of Modern Art opening on October 31).

Following a relocation to Los Angeles to advance a career in the film industry George began to study meditation with Shinzen Young, which led to his pursing the path of meditation teacher and ultimately founding Mettagroup. George has brought his creative and synthetic skills to bear in a skillful wedding of Theravada Buddhist theory and practice and the modalities of western psychology, particularly Attachment Theory, with spectacular results. “George’s teachings are extraordinarily powerful,” says BSBC sangha member Philip Murphy. “Looking through the lens of attachment theory at the ways we form and maintain personal relationships, and utilizing Buddhist meditation practice to reimagine and implement affirming life strategies has had a profound impact on my way of being in the world.” states Philip. (To view a two-minute overview video on Mettagroup’s The Meaningful Life course, click here.)

To view a 2 minute video on Mettagroups “The Meaningful Life” course please visit:

This entry was posted in Home and tagged Home. Bookmark the permalink.