A Personal Perspective on Meditation

By Jim Hild From Reflections Magazine

Our bylaws state our mission– “To Present, Teach and Practice Buddhism: To Provide Meditation Instruction and Community Service in a Manner Consistent with the Teaching of the Buddha.” Since I became a member of the Buddhist Sangha of Bucks County (BSBC) in the year 2001, our Sangha has been purposely non-traditional, exploring many of the Buddhist valuable and wonderful traditions over the years. To a large degree we have followed our mission.

We have over the years presented and taught many subjects, including meditation. It has become clear to me just how important meditation is to Buddhism and me over the last few years. I thought I might share a personal perspective on this subject.

ersonally explored the major Buddhist traditions, I am currently caught between two traditions – Zen and Tibetan. I have found significant value in both of these traditions as well as other traditions Theravadan, Won and others. I have found all of these traditions, numerous schools, and individual approaches exist for the “practice of meditation”, that is to say, meditation is not only common to all, but significant in its meaning and importance. However, in my somewhat limited experience, while I have found remarkable agreement among them as to what is the meaning and value of the meditative process, I have found differences in how to do it or what is involved in the process.

I have learned that a distinctive Buddhist orientation towards meditation can be summed up concisely. It consists of two aspects or components. The first, called shamatha in Sanskrit, is the step by step development of mental and physical calmness. The Zen tradition for example emphasizes this approach. My teacher, Jeff Shore (Rinzai Zen master and professor of Zen in the Modern World at Hanazono University in Kyoto) consistently tells me to meditate by “calming the senses”. The second, vipashyana, Sanskrit,( vipassan ā, Pali) is the step by step heightening of awareness, sensitivity and observation. The latter is currently being elegantly addressed by Jeanne Reis in her “The Four Foundations series”. Thank you Jeanne! I have found that these two components can complement each other and can be practiced separately or simultaneously – one technique develops calming, while the other develops clarity. I have learned (but not mastered) to employ both equally.

I have been told that shamatha, if taken to an extreme, leads to special trance states; these may be of value, but they are not the ultimate intention of Buddhism. Jeff emphasizes “letting go” and just observing what happens. To me this is when awareness or a “one-pointedness” or concentration comes into play. I attempt to establish direct contact with deep processes. One approach is to be given a question which can be readily answered by the deep spontaneous mind but is utterly intractable for the discursive surface. This approach was developed within certain schools of the Chan-Zen tradition, that important East Asian expression of Buddhism. Nowadays, it is particularly associated with Rinzai-shu, one of the two major schools of Japanese Zen. Such a conundrum is called a koan in Japanese; “What is the sound of one hand?” and “Mu” are two famous one’s. The koan question is mercilessly pressed to deeper and deeper levels, and, in the process, great samadhi power is developed. When an answer wells up, it carries with it a valuable insight. In this way, by answering many such koans, the wisdom faculty is gradually exercised. However, if the question is pressed deeply enough, the insight accompanying its solution will be sufficient to crack moha and bring kensho (initial enlightenment). It is important to remember, however, that there are many kinds of koans for specific purposes and that individual teachers use koans in different ways.

The practice of vipashyana or clear observation, on the other hand, if developed with sufficient intensity and consistency leads to a moment of insight into the nature of the self identification process. At that moment, awareness penetrates into the normally unconscious chain of mental events which gives us the rock-solid conviction “I am separate and limited.” This insight brings with it a radical and permanent change in perspective . . . a refreshing sense of freedom which is not dependent upon circumstances. The attainment of this perspective and the full manifestation of its implications in daily life are the intention of Buddhist meditation.

I guess what it comes down to is to be open and clear in one’s intentions during meditation. There are many paths for entering the reality of Nirvana, but in essence they are all most likely contained with two practices: stopping and seeing. It has been said “Stopping is the primary gate for overcoming the bonds of compulsiveness. Seeing is the essential requisite for ending confusion.” May we all benefit from our meditation. 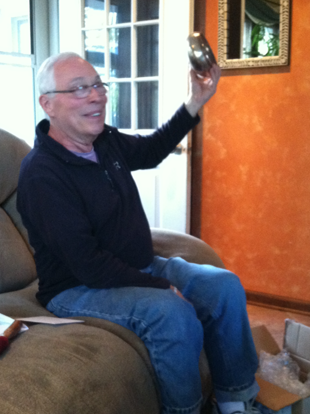